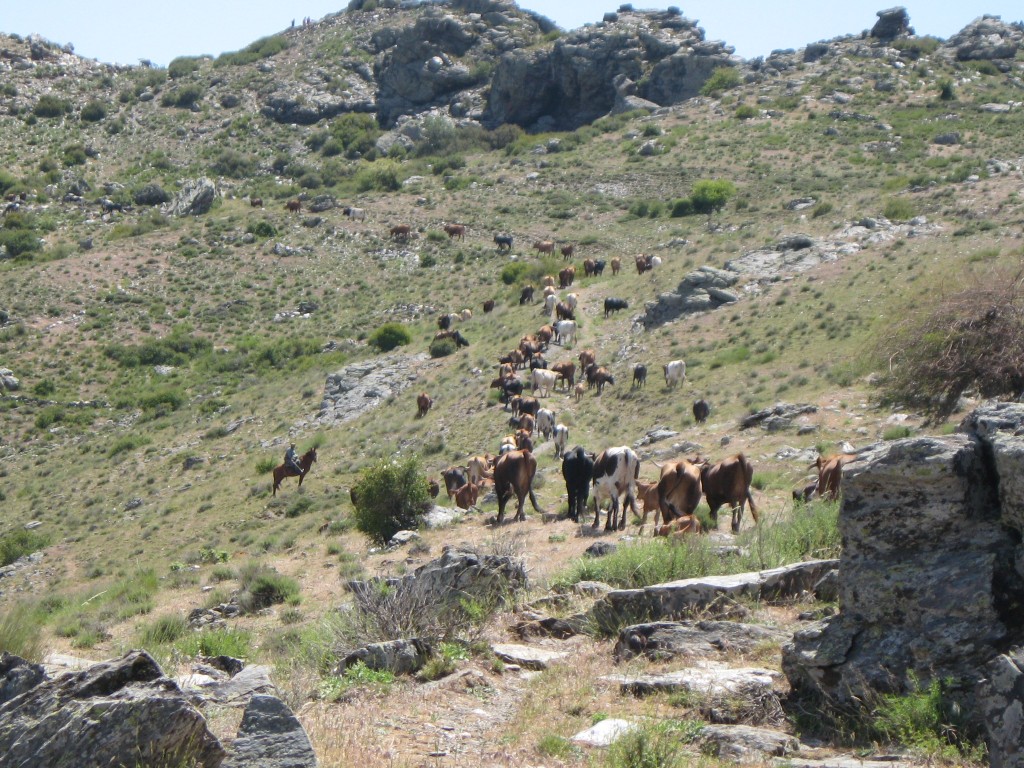 In Spanish, “trashumancia” means cattle transportation, which is more complicated than cattle driving because it envolves long distances of hundred of km. The tradition was like this: in summer the cattle owner keeps his cows free, extensive, over a big area in Sierra Nevada National Park, usually over 2000m high. At the end of the summer the cows will be moved to Cordoba, leaving the snow behind and lloking for green winter pastures. They used to do this with horses and “vaqueros” (cowboys) using the traditional vaquero saddle and equipment. 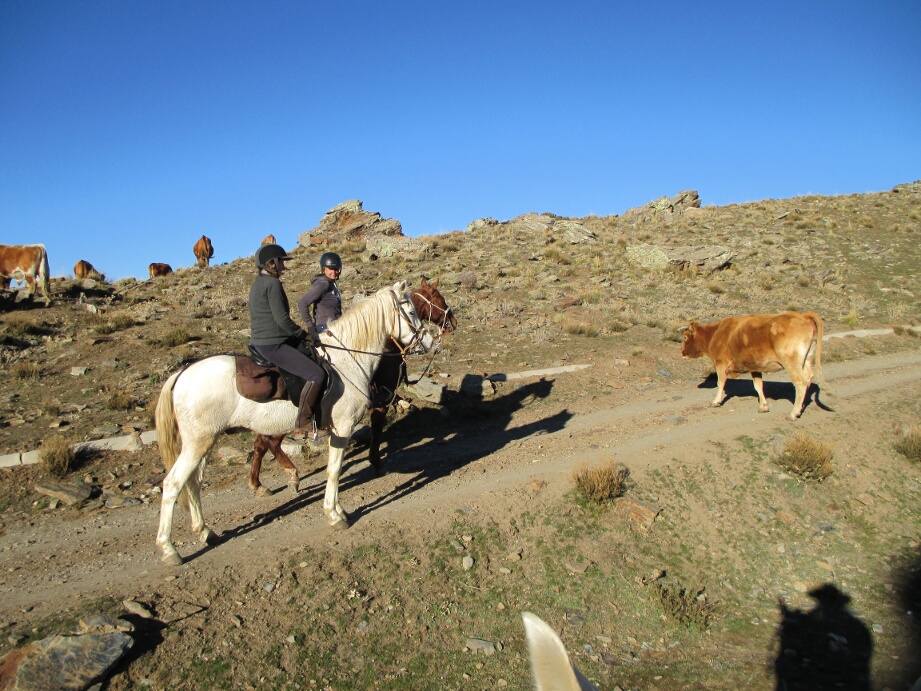 When we ride in Sierra Nevada, most of the times we find cows

Now is so much more complicated: the job is too hard and there are not vaqueros left and even there are not horses able to do the work. In my town, Guejar Sierra, there is only one owner left driving cattle with horses in regular basis.

Cows taking a sunbath in December 2015

Right now, they still go to Cordoba, but they only do cattle driving a couple of days, from Guejar to the top of the mountains in spring and the opposite direction in autumm. 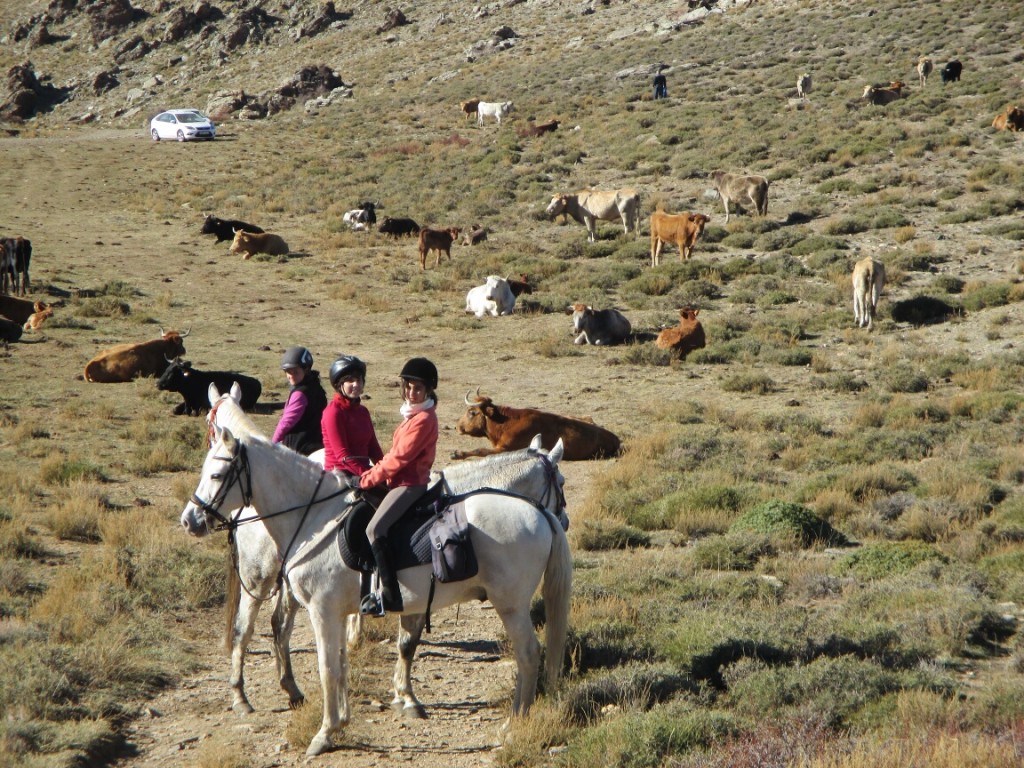 Two girls of twelve years old and one of twenty two riding among cows, something very difficult to do in most of places in the world

So, if in spring and autumm you drop us an email, maybe next time you can come with us to ride with the last vaqueros of Sierra Nevada 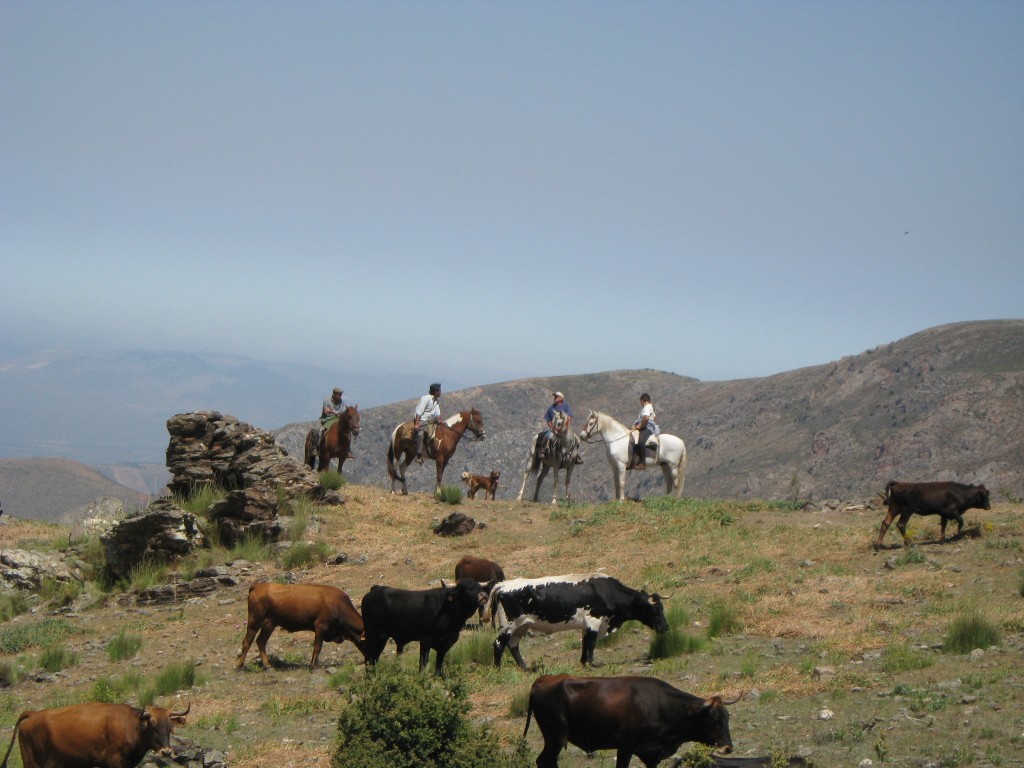